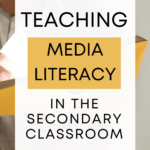 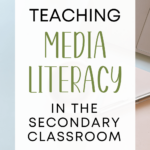 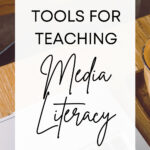 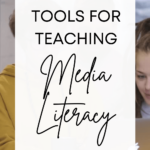 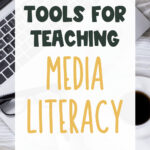 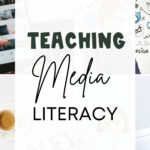 Most educators can agree that media literacy is increasingly important; in this blog post, I’ll explore why it might be the most essential skill for 21st Century Learners.

If you’re reading this article, you are likely amongst many who spend the majority of their time consuming some form of mass media. It is also likely that the news broadcasting companies where you live are largely owned by corporations; a more incisive examination of your current context may even reveal the relationship between the media and your social and political climate, as well as your public health sector.

To spare us all the cynicism inspired by the decline of the novel, I’m not going to touch on the statistics surrounding how few readers are turning to books in the 21st century – it’s no secret that the media has become the main source of entertainment, information, and even social engagement. While the statistics are jarring, some of us might not even be surprised to learn that teenagers are spending an average of 9 hours a day engaging with technology (and no, this number does not include technology used for education). But if this is the case, then why aren’t teachers spending as much time teaching media literacy as they are teaching other subjects and skills?

Once readers have mastered the fundamentals, the next level of media literacy involves metacognition: readers must also think critically about information and its purpose. This critical analysis involves asking a number of questions, including:

Only when readers instinctively consider these questions – and successfully answer them – can they begin to read media with fluency.

The Power of the Media

I am writing this blog post in August of 2020 – a year that is more and more frequently described as “unprecedented.” This year, our students have witnessed the most significant global pandemic of the century. COVID-19 has led to inevitable school closures and social distancing measures, as well as less foreseeable outcomes, including economic and social turmoil. 2020 has been a year of political riots, grassroots movements, record-breaking losses on the stock market, and a general weariness of what the future will hold. Let’s throw a presidential election in there too, just for fun. The media’s impact on the events of 2020 is undeniable – while it may not have created the coronavirus, it was instrumental in spreading information about it, along with fear, anxiety, and a fair bit of false information. What we’ve experienced is not just a pandemic, but what has come to be known as an infodemic: a surplus of information that has provided the public with more content than they can process.

The coronavirus has demonstrated the power of news broadcasting; in the backdrop, the Black Lives Matter movement has been avidly illustrating the power of social media. Media sites such as Facebook, Twitter, Reddit, and Instagram have been the driving force for social unrest. These unique media outlets offer a platform for common people to voice their experiences and concerns; for their audiences, these outlets are especially distinct for their ability to document and distribute information instantaneously. In an attempt to magnify the voices of those who have been using social media to seek justice, some have called for users to abstain from using these platforms to share about their social lives; this shift away from the intended use of social media has many people envisioning a more liberal form of media distribution and consumption.

But the reality is that media ownership is far from within reach of the general public. While it may seem that platforms like Instagram and Twitter are a free forum, it is important to remember the algorithms and other filtering processes that impact the distribution of social media. The majority of media – television networks, publication companies, newspapers, entertainment sources, social forums – are all owned by a handful of corporations. This is another noteworthy aspect of media literacy: students must consider ownership when confronted with any form of media – ultimately, the bodies that own the media have weight in determining what we can easily access.

“Fake News” and the Illusion of Truth

With the expansion of the media comes the erosion of media – long are the days when journalism was carefully curated, cross-referenced, and scrutinized. The majority of us have fallen for fake news, with polls reporting percentages of respondents who have mistakenly believed falsified claims to be as high as 90%. Given that this number reports on respondents who have knowingly fallen for misinformation, we could safely bet that at some point everyone has mistaken fiction for truth.

One culprit for this is circular referencing: multiple accounts of a single false fact can lead to the illusion of truth. There are several examples of false claims that have been upheld by external references, including the “shocking” discovery of human meat at McDonald’s, or claims that Donald Trump murdered a woman named Carolyn Gombell. Under close examination, many of these external references have been discredited; however, to an untrained eye, the inclusion of external sources appear to be indications of credibility in and of themselves.

Another culprit is media bias. There is more than one side to every story, and the truth can be presented in several different ways. Media bias can prevent audiences from drawing their own conclusions about the stated facts, and can simultaneously leave out important information.

All of these factors can lead our students to mistrust the media. Fortunately, strengthening our students’ skills in media literacy can empower them to identify misinformation and to navigate the media with a healthy balance of skepticism and logic.

Many of the skills we acquire in life are taught to us in one way or another – media literacy is no different. We tend to take the skill of media literacy for granted, and often overlook the fact that some populations are not as apt in deciphering between truth and fiction. Research indicates that children are not the only population that have lower levels of media literacy – in the United States, adults “who are not [media] literate are, on average, less educated, older, and more likely to be Black, Hispanic, or foreign-born” (National Center for Education Statistics). This gap suggests the fact that media literacy is not inherent, but rather relies on socio-economic factors, as well as access to resources like technology and education. With this information in mind, it is important to advocate for the prioritizing of media literacy within the curriculum. With the propagation of mass media also comes the need to master media literacy, and engrain an additional sense of digital citizenship and responsibility.

There are so many opportunities to build a media literacy program within your current framework. Here are some great resources to support media literacy in your classroom:

If you’ve made it this far, thank you for expressing interest in the importance of media literacy in the 21st Century. I’d like to leave you with the mindful words of one of the greatest authors of our lifetime, Maya Angelou:

“Tell the truth, to yourself first, and then to your children.”

Previous Post: « A Case for Meditation in Schools
Next Post: The OPTIC Approach: Strategies for Teaching Visual Literacy »